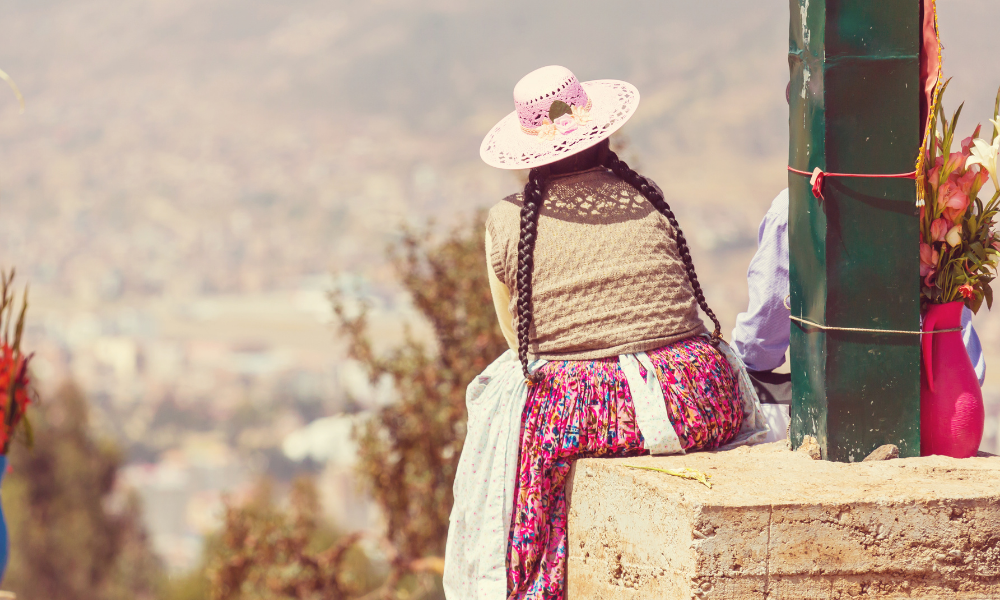 Maybe you’ve heard about the Hispanic Heritage Month from social media or a friend.

The Hispanic Heritage Month begins on the 15th of September and lasts for a whole month, ending on the 15th of October. Communities across Spain, South, Central and North America join to celebrate the history, contributions and influence of Latino and Hispanic people who have enriched the United States.

The nation’s Hispanic population has been one of its fastest growing in decades. As of 2019, the Census Bureau estimated that there were almost 60.5 million hispanos living in the US. That makes people of Hispanic origin the nation’s largest ethnic minority. Overall, Hispanic people represent almost 19% of the U.S population.

How did it all start?

Hispanic Heritage Month actually began as a commemorative week when it was first introduced by California Congressman George E. Brown in 1968. At that time, the contributions of the latino community had gained significance because of the civil rights movement and the increasing awareness of the United States’ multicultural identities. In September of 1968, President Lyndon B. Johnson issued the first Hispanic Heritage Week.

Why is the date of Hispanic Heritage Month important?

The timing of the Hispanic Heritage Month coincides with the Independence Day celebrations of several Latin American nations. For instance, the 15th of September of 1821 is the date when five Latin American countries (Costa Rica, El Salvador, Guatemala, Honduras and Nicaragua) gained the independence from Spain. Mexico and Chile also became officially independent on the 16th of September the same year. The National Day of Spain is also celebrated within this month, occuring on the 12th of October.

Hispanic Heritage Celebration: From a week to a month

From 1868 until 1988, Presidents Nixon, Ford, Carter and Reagan issued a yearly week to honour Hispanic Americans. In 1987, Esteban E. Torres, California representative, had already proposed expanding this celebration to a month so that the nation could properly observe and organise events to celebrate the Hispanic culture and achievements.

“I call upon the people of the United States to observe this month with appropriate ceremonies and activities, and I urge them to reaffirm their devotion to the principles of freedom and individual dignity — the common heritage of all Americans”, Bush said.

How can we celebrate the Hispanic Heritage Month?

Let’s discover some easy ways in which we can embrace Hispanic culture, even if we don’t live in a Spanish-speaking country!

There are so many delicious dishes to choose from! Try to prepare a traditional Venezuelan arepa, a fresh Peruvian ceviche or a seafood paella from Spain. If you also want to improve your Spanish skills, challenge yourself and follow the recipe in its original language!

Music in Spanish is now more fashionable than ever before! Everybody already knows “Despacito”, so try other pop hits by Ricky Martin, Rosalía, Morat, Shakira or Enrique Iglesias! And, of course, don’t forget the classics! Some great latin artists you could listen to are Gustavo Cerati, Chavela Vargas, Selena Quintanilla, Rocío Jurado or Raphael.

Listening to music in Spanish will not only deepen your knowledge of the Hispanic culture, but it will also improve your listening skills and broaden your vocabulary.

If you like historical fiction or biographical narrative, some suggestions we have are A long petal of the sea by Isabel Allende, set in the Spanish Civil War and Chile; My broken language by Quiara Alegría Hudes, a memoir about the author’s family, or the bestseller I am not your perfect Mexican daughter by Erika L. Sánchez, where the author explores topics such as family, grief and latino culture.

If, on the other hand, you feel like reading something in Spanish, here you have some amazing recommendations!

Here the options are endless!

Let’s start with TV series. If you have already watched all Spanish-language shows from this list, we would recommend other series that explore the Latin American influence on the U.S, such as Jane the Virgin or 100 días para enamorarnos, which frequently switch between English and Spanish. Conversely, if you fancy some action and crime, ¿Quién mató a Sara?; Oscuro deseo; Vis a Vis and Sky Rojo are veeery good options

However, if you want to watch a good film in Spanish, here you have some original ideas!

There’s nothing like a good museum or art exhibition! If you already live in a Spanish-speaking country, this type of art won’t be difficult to access for you. In any case, thanks to technology we can explore pretty much anything in just one click! Many museums offer virtual tours and we can’t miss that opportunity!

Discover the colourful Frida Kahlo’s Museum, the interesting Contemporary Museum of Indigenous Art or Buenos Aires Street Art, which shows work by all local and international artists who choose the walls of the city to express themselves.

That’s all, amigos! Now that we know a bit more of the Hispanic Heritage Month, we are ready to celebrate!