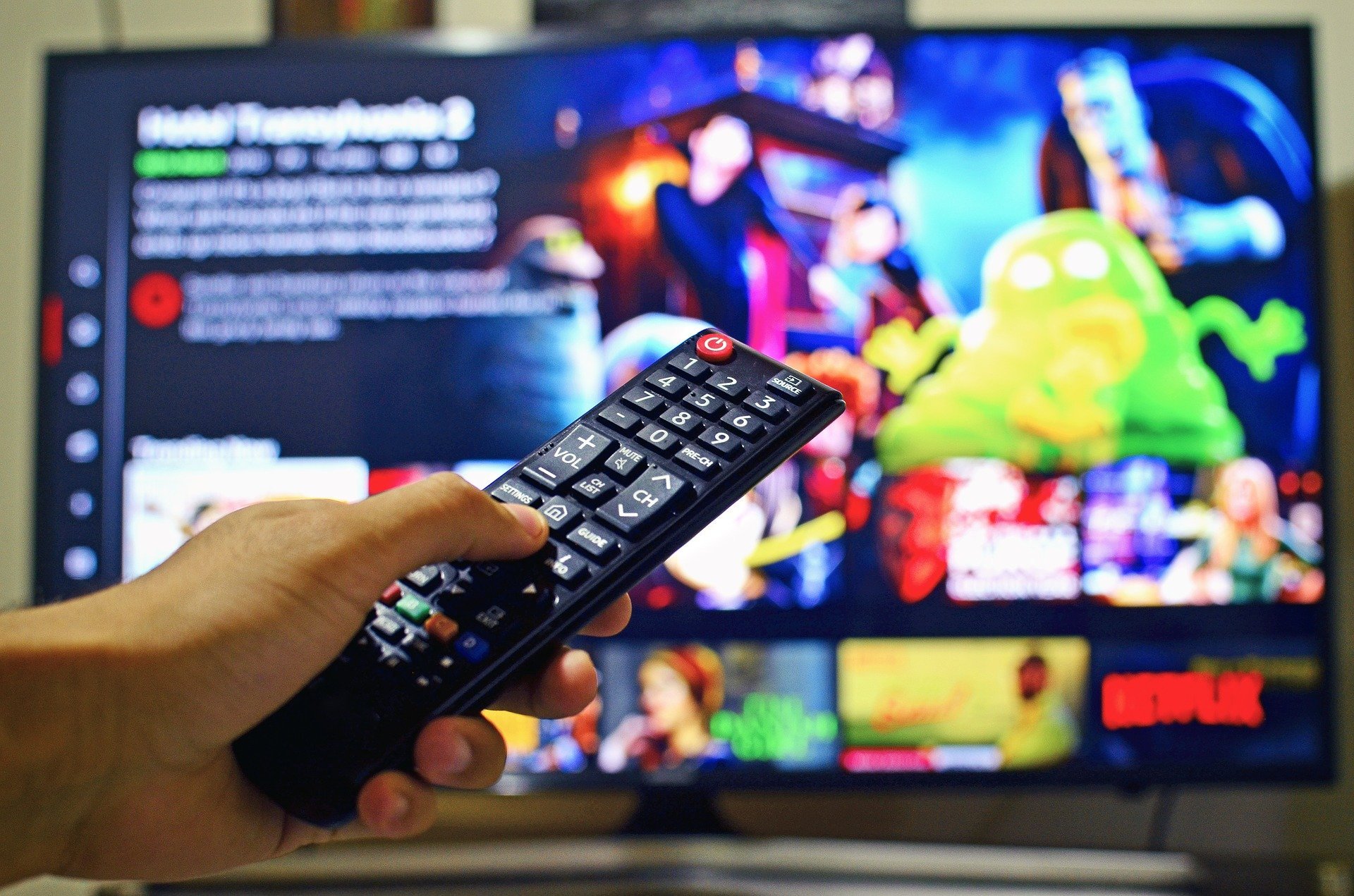 You might think that studying a second language is all about grammar and tenses… But didn’t they tell you about the cultural immersion? This is probably the most enjoyable way of learning a language!

Listening to the radio or music in Spanish and even watching films and TV can dramatically improve your level of understanding. New accents, common expressions and cultural references – your ears are about to get exposed to the best kind of listening practice.

Turn on your TV, grab some food and be prepared to improve your Spanish with these amazing Netflix Shows.

Let’s start this list with the first Spanish series released on Netflix!

Las Chicas del Cable is a must if you like the 1920’s aesthetic. This series portrays the difficulties that a group of ordinary women had to face in the labour world at the beginning of the 20th century, reaching up to the horrors of the Spanish Civil War (1936­-1939) in the last season. Its insightful plot, along with a very elaborate vintage aesthetic, have made Las Chicas del Cable one of the most recognised and popular Spanish series, which gives a voice to the sacrifice that millions of women made throughout history.

This series is set in a luxurious seaside hotel in the north of Spain. Love, mystery, crime, blackmail, comedy… Like an Agatha Christie novel, this series contains all the ingredients to leave you intrigued at the end of every episode. So, grab a cup of tea (or coffee) and enjoy the twisted stories and stunning sceneries that only the Gran Hotel can offer! Be ready to check­ in!

Whereas before we were talking about working women at the beginning of the century, Valeria brings us to present­-day Madrid.

Imagine a Spanish version of Sex and the City. Based on the novels by Elísabet Benavent, Valeria shows us the life of an unemployed, frustrated writer whose only consolation is a cold beer and the company of her best friends. This new Netflix show has been acclaimed for its fresh portrayal of the modern city life and its relatable characters.

And from Madrid to Mexico!

In a fast-paced telenovela, Teresa Mendoza goes on the run from Mexican narcotraffickers across the world, deciding the best way to protect herself is to enter the drug game herself. The series take viewers from Cancun and Moscow to La Costa del Sol and Marrakech and is guaranteed to keep you on the edge of your seat. Better still, as it’s a telenovela, even a seasoned binge watcher won’t manage this in one sitting. Of the two seasons released so far, there are around 60 episodes in each! An awesome introduction to a wide range of Spanish accents and expressions.

Unless you’ve been living in a cave for the last three years, you’ve probably heard of La Casa de Papel or Money Heist, at it’s called in English.

Led by the Professor, a group of misfits run an outrageous bank heist in Madrid. And who says that masks weren’t popular before? The robbers use a Salvador Dali mask and a bright, red jumpsuit to hide their real identity!

After being bought by Netflix, this Spanish series became one of the most well-known robbery series ever watched! A powerful dose of action, intrigue and its spectacular plot and cast have turned La Casa de Papel into the most successful Spanish series of all times. In case you haven’t watched it yet… What are you waiting for? ¡De nada!

If you were craving for more vintage and mystery series after Las Chicas del Cable or Gran Hotel, we’ve got good news! Welcome aboard Bárbara de Braganza, a luxurious cruise ship en route from Spain to Brazil in the 1940s.

Alta Mar is, without a doubt, an amazingly good-looking show. You’ll be captivated by its vintage aesthetic and costumes!

This series has got crime, paranormal phenomena and even a lethal virus! Welcome aboard!

There’s nothing more Spanish than Paquita Salas, a talent agent in her fifties who’s craving to make a name for herself in the show business. Search wherever you’d like…But you won’t find characters as authentic and hilarious as the ones in Paquita Salas. This spontaneous lady and her relatable colleagues will make your day for sure! People simply love how Paquita, despite her continuous failure, handles mistakes and embarrassment so gracefully!

Because there are numerous references to Spanish celebrities and other TV shows, this Netflix series is ideal if you want to get local and deepen your knowledge of the Spanish culture. Also, it is an amazing option if you want to learn some Spanish slang!

Check how this peculiar character met the boys from Stranger Things!

Who doesn’t love a teen thriller?

Élite is set in one of the most exclusive schools of Spain, Las Encinas, where the elite sends their beautiful and innocent children to study. But, far from being a superficial series, Élite tackles a range of sensitive topics, such as religion, homophobia, drug use and social inequality. All this with a great dose of love, jealousy, and crime. This Netflix show has captivated a big audience across the streaming platform and their followers cannot wait to watch the next season!

Rich and not-so-­rich millennials willing to find their place in a superficial world… What could go wrong?

Did we mention how much Spanish directors like setting series in the past?

45 Revoluciones tells the story of Robert, a young singer whose modern and innovative music doesn’t go unnoticed among the public from the 1960s. But there’s a catch: Robert may be young, but he doesn’t have as much time as everyone thinks. Grab a coffee and dive into 1960’s Madrid!

Ladies, get ready for a fiery thriller!

When a male stripper from Malaga is released from jail after seven years pending retrial, he sets out to solve the murder investigation himself. Little does he know the investigation is much more complex than he first thought.
The series is a great opportunity to get used to the Andalusian accent and expressions.

While you’re watching these amazing shows, why not grab a notepad to write down the most common expressions you hear?