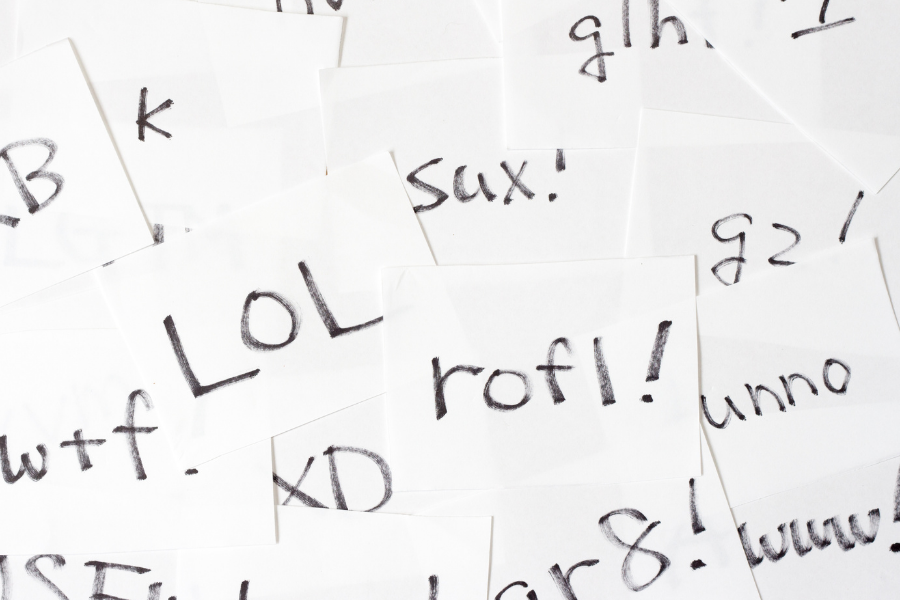 Slang! It is important to learn Spanish slang in order to master the language. Slang words are rarely taught in academic settings, but it is what adds colour and expressiveness to our language. What makes a word ‘slang‘ exactly?

According to the Oxford Dictionary, slang is defined as “informal words and expressions that are common in spoken language, especially used by a particular group of people, like teenagers”.

Just a month ago, the Spanish Royal Academy presented the new words that will join the Diccionario de Lengua Española (Dictionary of Spanish Language). In total, a sum of 3,836 new words will enter the Spanish dictionary in 2022. This is a significant figure in comparison with the overall 1,800 words that entered the dictionary in the years 2019 and 2020. Why so many this year?

Among these new additions we can find several Spanish slang words and expressions. Let’s discover the 10 more notable ones!

This is actually a clever one. Búho literally means ‘owl’ in Spanish, but it has another meaning now: Spanish teenagers are using the word “búho” to refer to a city bus that circulates during the night. The word has been created as a blending of “bus” and “búho”, the animal.

You’ve probably heard this expression in a Mexican TV series. Even though it’s quite a popular expression in Mexico, the Spanish dictionary has just officially accepted it.

“Valer madre” (verb) means “to be worthless or care very little about something”.

Example: –Me vale madre lo que digan. (I don’t give a sh*t about what they say).

The word empanado has turned into Spanish slang as well. Although empanado means “breaded”, many Spanish teenagers have been using this word in the last few years to say that someone is an absent-minded or clueless person.

This Spanish slang word is quite illustrative. It comes from a combination of “ojo” (eye) and “plato” (plate). Can you see the connection? To be “ojiplático” means “to be surprised or asthonished”, with your eyes so opened that they look like plates!

Example: Me quedé ojiplática cuando él me dijo que se divorciaba. (I was astonished when he told me he was getting divorced).

I hope all my readers are very disfrutones! The word disfrutón comes from the Spanish verb “disfrutar” (to enjoy).

As you’ve probably have guessed, a disfrutón is a person who’s got a great ability to enjoy or have a good time.

In the same way, I hope you’ve never experienced or encountered a cobra. It’s not pleasant.

Well, you probably know that cobra refers to a type of venomous snake. But what’s the other meaning that the Spanish dictionary has included?

Not many years ago, teenagers started using the expression ‘hacer la cobra’ to refer to “the gesture or movement by which someone avoids an unwanted kiss”. Probably, this is because of the movement of the reptile to avoid its predators. What do you think?

Example: Tía, ¿puedes creer que me hizo la cobra? (Girl, can you believe that he avoided my kiss?)

In Cuba and Puerto Rico, the word paquetero means something appart from “person that prepares or delivers packages”. Paquetero can also mean “a person that lies often”.

Example: Si fuera tú, no le hablaba más; es un paquetero. (If I were you, I wouldn’t talk to him anymore; he’s a liar).

This is probably my favourite Spanish slang word from this list. It just sounds so funny, doesn’t it?

Have you ever been involved in a messy or confusing situation as a result of an argument or fight? There you go, that’s a pifostio!

Example: Montó un pifostio en el bar porque su equipo perdió. (He made a big fuss at the bar as his team lost).

Oh, technology! How much it has changed our lives!

Cortapega is a compound word, from “cortar” (to cut) and “pegar” (to paste). It is, what we would call in English, a cutpaste. Indeed, a cortapega is the result of cutting a file from one location and pasting it somewhere else.

Example: ¡Hice un cortapega y ya está! (I cut and pasted and that was it!).

If you’re a Eurofan (which, by the way, is another word that entered the dictionary in 2021!), you will know, thanks to Eleni Fureira, that fuego means “Fire” in Spanish.

Well, apagafuegos is another compound word, the result of combining “apagar” (to turn something off/to extinguinsh) and “fuego” (fire). According to the Spanish dictionary, apagafuegos can mean two things:

The latter has been the new addition.

Example: No sé qué haríamos sin ti, ¡eres un apagafuegos! (I don’t know what we’d do without you, you’re a life saver!)

Well, I hope you’ve enjoyed these Spanish slang words and expressions as much as I did!