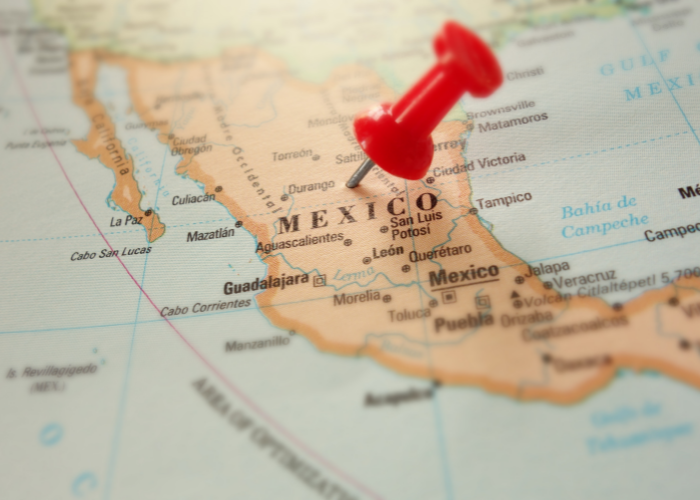 Today we are discovering 7 amazing facts about Mexico that you probably didn’t know before! With the United States to its North and Guatemala and Belize to its South, Mexico is a country with a rich and celebrated history, world famous cuisine and spectacular festivals. There’s no better way of celebrating Hispanic Heritage Month!

#1. The Etymology of Mexico

The word Mexico means “Center of the Moon” in the Náhuatl language. This term derives from Mexitli, composed by ‘metzli’ (Moon), xictli (center), and ‘co’ (place).

México has one of the most beautiful etymologies, and it reinforces the crucial role that astronomy played in its ancient civilizations.

This Mayan archaeological site is considered as one of the Wonders of the Modern World.

Its main destination is the Temple of Kukulcán, a deity that related to water and wind. This pyramid was built in the 12th century and it’s full of details that prove the knowledge that the Mayan society had in mathematics, geometry and astronomy.

#3. Yucatán: It was a misunderstanding!

Yucatan is known for the Mayan Riviera, Cancun and its lovely beaches. But did you know that its name was caused by a misunderstanding?

When the Spanish colonizers arrived there, they asked the natives what the name of the place was. The natives replied, ‘Ma’anaatik ka t’ann’, which means “I don’t understand”.

The Spanish believed that something like “Yucatán” was the name of that land, so they kept that name to date!

#4. Mexico City: The Paradise of Museums

If you like visiting museums, you ought to pay a visit to Mexico City. After London, the Mexican capital has the highest number of museums in the world. There are 151 of them!

Some of these museums are very interesting! You can visit the beer or chocolate museum, and even one of them is dedicated to drug trafficking. Surprising, right?

Mexico is the Spanish-speaking country with the highest number of inhabitants, 128 million!

About 90% of the Mexican population speak Spanish. But what about the 10% that is left? Well, another interesting fact about this country is that it has another 68 native languages, among which Náhuatl, Mayan and Mixteco are the most well-known.

In 2010, Mexican cuisine was recognized as an Intangible Cultural Heritage by the UNESCO. Enchiladas, burritos, tacos, frijoles and maize in all its forms are the protagonists in their cuisine.

#7. The Day of the Dead Celebrates Life

The most popular Mexican tradition is the Day of the Dead. It starts on the 31st of October and lasts for three days.

This tradition is focused on remembering those that have passed away with ‘ofrendas’, while life is celebrated with parades and music in the streets.

That’s all, amigos! I hope you have enjoyed these amazing facts about Mexico. You can find more interesting facts about Spanish speaking countries on the Culture section of this website. And if you want to continue learning about Hispanic culture, don’t forget to follow us on Instagram!