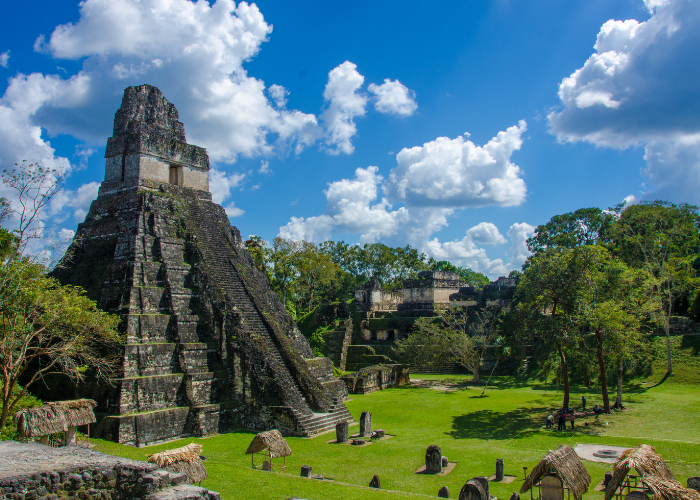 Today we are discovering 6 amazing facts about Guatemala that you probably didn’t know before! Bordered by Mexico, Belize, El Salvador and Honduras, Guatemala has a rich history, a diverse ecological climate and a fascinating linguistic past and present. There’s no better way of celebrating Hispanic Heritage Month!

#1. The Etymology of Guatemala

The word “Guatemala” comes from the Náhuatl “Quauhtemallan”, which means “land of abundant trees”. This name really suits the country since this territory has big forests and mountain ranges. Guatemala is also known as “The Country of Eternal Spring” due to its warm weather throughout the whole year.

Guatemala has a diverse ethnic, linguistic and cultural landscape. Even though Spanish is the official language, the Republic of Guatemala shows a great variety of languages in all its territory. Among the other 25 languages spoken, 22 are Mayan variations which come from Protomayan.

#3. The National Park of Tikal

Tikal is an ancient village located in the very heart of the Guatemalan jungle. Such is the historical significance and beauty of this spot, the site achieved status as an official Cultural Heritage Site by the UNESCO in 1979.

The Mayan civilization that lived in Tikal used cinnabar (composed of 85% Mercury and 15% Sulphur) for their rituals and building decoration. It just turns out that cinnabar is one of the most toxic minerals on Earth. After losing many villagers, the village was abandoned.

Quetzal is the official currency in Guatemala, but it’s also the name of their national bird. This majestic, green-feathered bird used to be sacred for the pre-Hispanic civilizations, who used their feathers as currency and as a symbol of power.

#5. The Deepest Lake in Central America

The Atitlan Lake is one of the most magical places in Guatemala. It is surrounded by three inactive volcanoes: Atitlan, Toliman, and San Pedro.

“Atitlan” comes from Nahuatl, and it means “between the waters”. They say it is the deepest lake in Central America, at 450 meters deep.

El Maximon is a saint who is venerated by the Mayan people in Guatemala. He even appears during the Easter processions.

Legend says that Maximon took advantage of men who were working in the fields to enter the city and seduce their wives. This saint also represents vices such as drinking and smoking!

That’s all, amigos! I hope you have enjoyed these amazing facts about Guatemala. You can find more interesting facts about Spanish speaking countries on the Culture section of this website. And if you want to continue learning about Hispanic culture, don’t forget to follow us on Instagram!