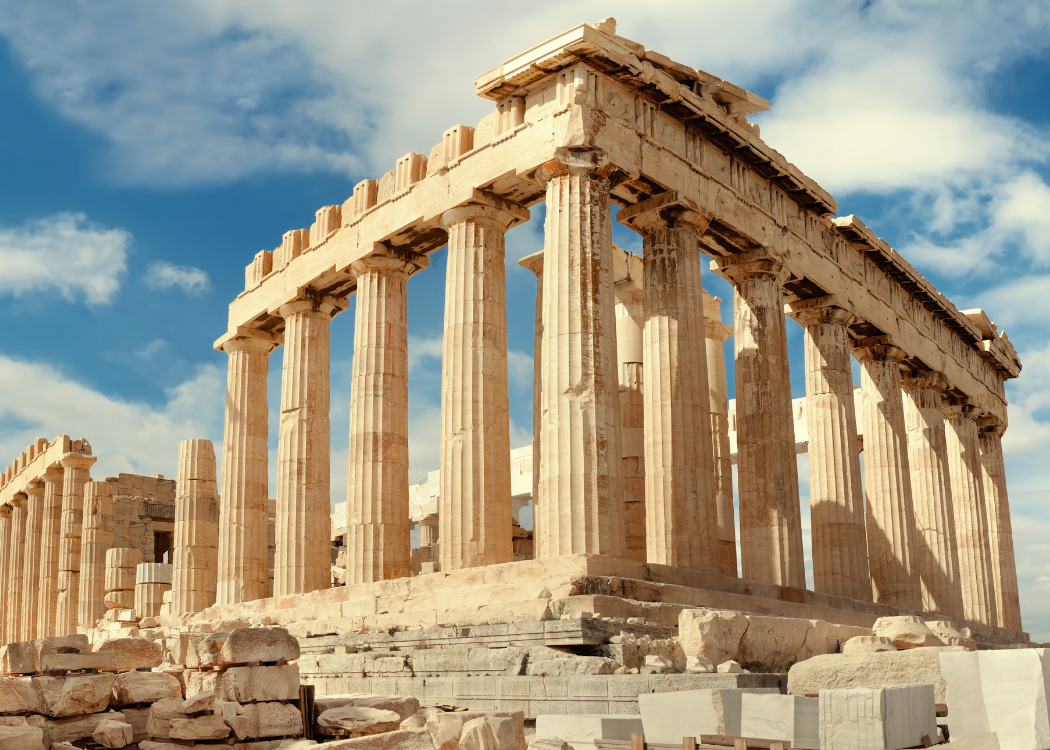 You’d be surprised to know the great amount of Spanish words that come from Greek Myths. The names and stories of Greek gods and goddesses live on these mythical words. Let’s discover seven common ones that we use in everyday life!

Let’s start with the word that key in the name of this website!

In Greek Mythology, Pan is the god of the wild, sheperds and flocks. Pan was born being half human and half goat, in the same way of a faun. Now it’s clear that the word panic comes from this god’s name. But why?

Pan became one of the most fearful gods of ancient mythology not only for its appearance but also for his sinister attitude. For instance, when Pan’s afternoon naps were disturbed, the god would angrily start shouting, to the point that his screams could been heard even in the remotest places. Moreover, Pan was known for chasing and spying on nymphs. No wonder why the word pánico (panic) refers to someone that was made feel anxious or frightened!

In this case, this Spanish term doesn’t resemble its English equivalent!

The Spanish word grifo comes from the god Griffin, which was a legendary creature with the body of a lion and the head and wings of an eagle. Because of its unnatural appearance, the Griffin was thought to be a majestic, powerful animal. This fantastic creature also had the duty of protecting and guarding Apollo’s treasure.

Over time, the Griffin became an important element in classic architecture. For example, its figure was used on gargoyles, shields and even on water fountains. These water outputs were precisely the ones that added a new meaning to Griffin.

Who doesn’t like a good museum? This term come from the Latin word museum, which means “the home of muses”.

According to the ancient tradition, there were nine muses, who were the daughters of Zeus and Mnemosine. The Muses were the goddesses of art, science and literature, and their names were: Calliope (the muse of epic poetry); Clio (muse of history); Erato (muse of love poetry); Euterpe (muse of music); Melpomene (the muse of tragedy); Polyhymnia (the muse of sacred poetry); Terpsichore (the muse of dance) and Thalia (the muse of comedy).

The temple where these nine muses lived was called museum. Hence that we now call ‘museum’ to a place where artists show their works. In fact, the word music is also related to the muses!

In standard Spanish we use the term ladrón to refer to a thief However, you might hear caco in informal situations.

A caco is defined by the Royal Spanish Academy as a “smart, witty thief”. But why is that?

This is probably one of my favourite Spanish words that come from Greek Myths because of the funny story behind it!

Cacus was a fire-breathing giant and the son of Ephaestus, who was the god of fire and volcanoes. According to the legend, Cacus dared to steal four bulls and four cows from Hercules. Since Cacus was very witty, he dragged them by their tails, so as to leave a trail in the wrong direction. As a result, Cacus‘ name became a synonym of ‘thief’ in Spanish!

According to the Oxford Dictionary, morphine is a powerful drug that comes from opium and is used to reduce pain.

The word morfina reached our lexicon throughout Morpheus, the Greek god associated with sleep and dreams. Now the origin of the word makes sense, right? A great Spanish words that come from Greek Myths!

Morpheus’ function was to make people sleep and appear in their dreams mimicking different forms.

Then again, this is another term with an unbelievable story behind.

Amphitryon was the King of Thebes, a city in Central Greece. He was married to Alcmene, who was a beautiful woman.

When Amphitryon was in the battlefield, Zeus took advantage of his absence and paid a visit to Alcmene (but in the form of Amphitryon). This visit lasted for three days and, as a result, Alcmene got pregnant with Hercules. When Alcmene finially gave birth, Amphitryon was very surprised to see the enormous strenght that Hercules had, so he became suspicious of his wife’s loyalty. Eventually, Zeus appeared and explained what had occurred. And what do you think it was Amphitryion’s reaction?

Well, he was actually over the moon! The fact that his wife had been chosen by Zeus was seen as a blessing by Amphitryon, who began inviting Zeus to their home. This unexpected generosity made anfitrión mean “host” in Spanish.

The Spanish word vestíbulo makes reference to the entrance of a house or a building.

In fact, this term comes from the Latin vestibulum, which has its origin in Vesta, the virgin goddess of the Earth, home and family. Vesta used to be represented with a fire torch and a bowl.

In almost every Roman house there used to be a small altar dedicated to this goddess, so this space ended up being called vestibulum in her honour.

I hope you have enjoyed these 7 Spanish words that come from Greek myths! If you want to keep learning about interesting facts of the Spanish language, don’t forget to follow me on Instagram!