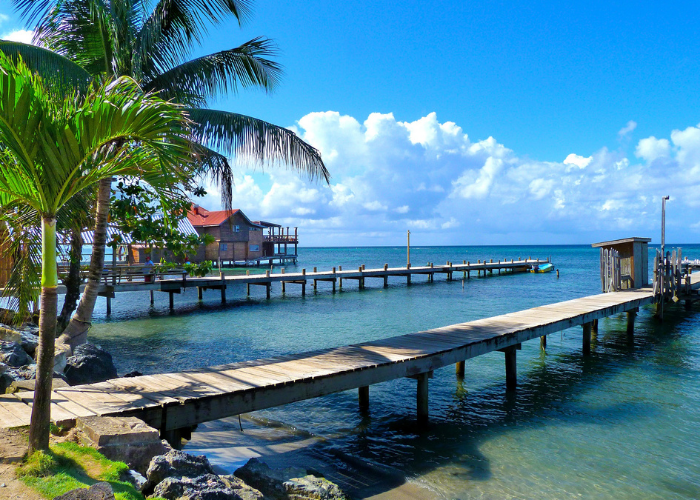 Today we are discovering 7 amazing facts about Honduras that you probably didn’t know before! Bordered by Guatemala, El Salvador and Nicaragua, Honduras has a rich maritime history and a vast ecological diversity. There’s no better way of celebrating Hispanic Heritage Month!

#1. The Etymology of Honduras

Christopher Columbus discovered Honduras during his fourth and last trip in 1502. While he was travelling, he experienced a big storm and he found shelter in a cape.

When Columbus arrived, he exclaimed, “Thank God we overcame that depth (in Spanish, “Honduras)!” In fact, the cape where Columbus and his fleet stayed was named “Cabo Gracias a Dios” (in English, “Thank God Cape”).

Fish rain in the town of Yoro is an extraordinary phenomenon. According to the locals, this mysterious rain has been taking place since more than a hundred years ago.

Some witnesses have stated that this phenomenon begins with a great storm that can last for three hours. When the rain stops, hundreds of fish can be found on the ground, some even still alive.

People that are born in Honduras are called “Honduran”, but they also use the term “Catracho” in honor of the general Florencio Xatruch.

Xatruch was a brave Honduran soldier who fought against William Walker and his pirate troops in 1855. Walker’s aim was to rob Honduras and establish an enslaving empire. However, Walker’s plan failed, and he ended up being shot in Trujillo, in the north of the country.

Comayagua, a town located in the central region of Honduras, has a beautiful cathedral that opened in 1711. Comayagua’s cathedral is not only one of the oldest in Central America, but it also has the clock with the oldest gear on the planet.

This gear was made by the Arabs around the 12th century, and then transferred to Honduras when its cathedral opened.

The Archaeological Site of Copan has the longest hieroglyphic on Earth.

Although the experts haven’t still deciphered these ancient symbols, they agreed that they probably tell the history of the Mayan dynasty. This story is told in its 63 steps. It’s also important to mention that this temple was built in the year 755 A.D.

One interesting fact about Honduras is that most of its population work in the banana plantations. About 65% of the Honduran population (of working age) work in a field related to banana exports or farming. Because of this, this popular fruit has been considered as Honduras’ “green gold”.

In Honduras you’ll find the second biggest coral reef on Earth (Australia occupies the first position). Even though the Honduran coral reefs are a relatively small space, they encompass 25% of all sea species known to date, which is why it is so crucial to preserve them.

That’s all, amigos! I hope you have enjoyed these amazing facts about Honduras. You can find more interesting facts about Spanish speaking countries on the Culture section of this website. And if you want to continue learning about Hispanic culture, don’t forget to follow us on Instagram!