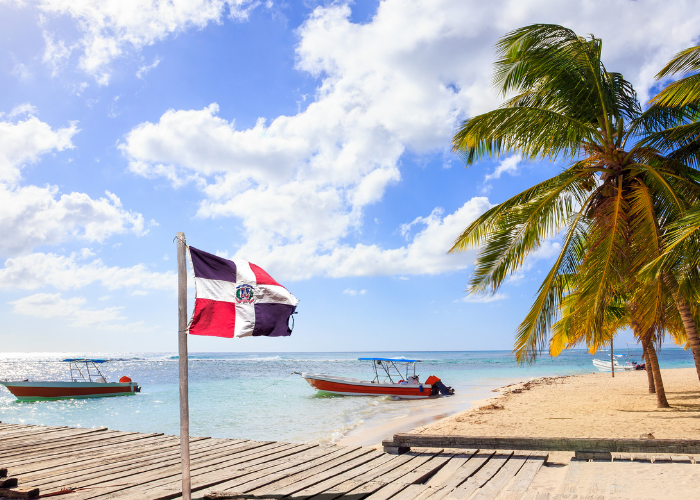 Today we are discovering 7 amazing facts about the Dominican Republic that you probably didn’t know before! A nation with a rhythmic history and unique geological characteristics, and nestled between Jamaica and Puerto Rico, the Dominican Republic may surprise you. There’s no better way of celebrating Hispanic Heritage Month!

#1. The Etymology of the Dominican Republic

The word “Dominican” comes from the Latin term dominicus, which means “Sunday”. The country and its capital were named after Saint Dominic de Guzmán, the founder of the Dominican Order.

#2. A Nation with Rhythm

If there is something that characterizes the Caribbean countries, it’s their passion for music and dance. The Dominican Republican is no exception. The nation is known for having created merengue and bachata, which are very popular nowadays!

The St. Thomas Aquinas’ University was created in 1538 with the Papal bull. Nonetheless, it wasn’t until the 1550s that it was officially recognized by King Charles I of Spain.

Due to the lack of royal recognition, there is some controversy around this topic. St. Marcos’ University (Peru) also proclaimed itself as the oldest in the American continent as it was founded in 1549.

Did you know that baseball is the national sport of the Dominican Republic? It was introduced at the end of the 19th century, and it soon became very popular. Some of the best baseball players were born here!

The Dominican Republic is the only place in the world where you can find this beautiful blue stone. It owes its color to a volcanic phenomenon that occurred many years ago.

Larimar is a very valuable stone that is used to make jewelry accessories and other crafts. Its name indicates its similarity to the blue of the sea.

Another interesting fact is that the flag of this country is the only one in the world that has the image of a Bible. This symbolizes the Christian principles, costumes and traditions of the Dominican people. Also, its motto is “God, Homeland and Freedom”.

One of the most renowned fashion designers from the 21st century, Oscar de la Renta, was born in Santo Domingo. This Dominican designed outfits for prominent figures such as Madonna, Penelope Cruz, Michelle Obama, Shakira or Sarah Jessica Parker. His creations were spectacular!

That’s all, amigos! I hope you have enjoyed these amazing facts about the Dominican Republic. You can find more interesting facts about Spanish speaking countries on the Culture section of this website. And if you want to continue learning about Hispanic culture, don’t forget to follow us on Instagram!