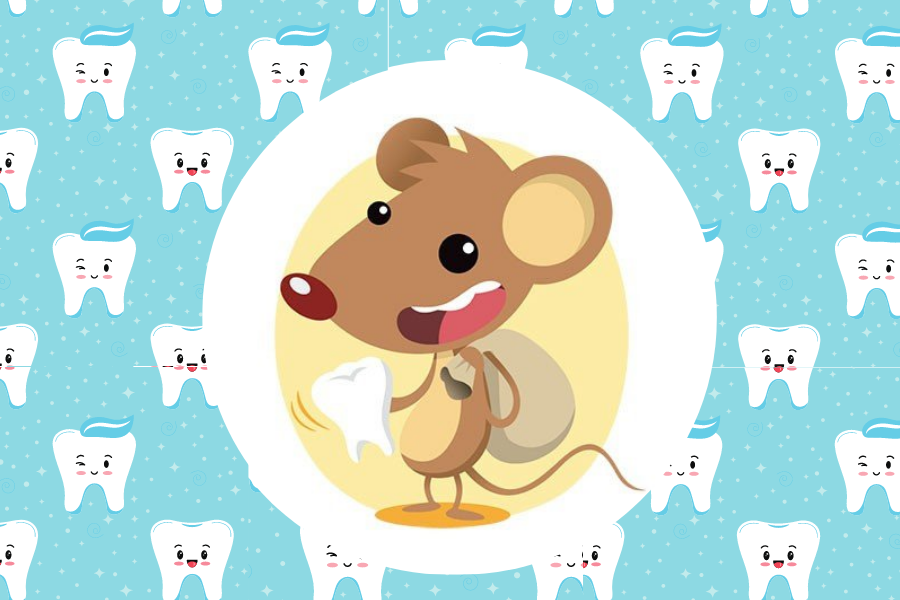 So, my answer was, “Well, we don’t have any Spanish tooth fairy. It’s a mouse: El Ratón Pérez“. They all looked pretty concerned, “How come you have A MOUSE?!” So I promised I would do my research to find out about the origin of el Ratón Pérez”.

Back in 1894, the Spanish writer and journalist Luis Coloma was asked to write a story for the little prince Alfonso XIII, who had lost a tooth at the age of eight. Coloma wrote a story whose main character was a mouse called “el Ratón Pérez”, which lived in a big box of biscuits in Madrid. In this way, the story told that this small rodent ran into the bedrooms of all types of kids, rich and poor, who had lost a tooth. Once there, el Ratoncito Pérez would take the tooth and replace it with a coin or a small present.

Thanks to these children’s stories, the former king realised that there were many kids who lived in poverty. Thus, Coloma hadn’t written just a fun story, but also a moral one.

El Ratón Pérez has his own street

In 2003, the Madrid Town Hall decided to honour this little folklore character. They placed a memorial plaque on Calle del Arenal, where el Ratón Pérez lived according to the tale. This plaque says, “Here, inside a box of biscuits, el Ratón Pérez used to live, according to the tale that Coloma wrote for the child Alfonso XIII”. It’s also interesting that this creature is the only fictional character who’s got a memorial in Madrid!

Also, a few years ago, a tiny door was found next to one of the Metro stops in Madrid. Apparently, someone painted a door on the kerbside so that el Ratón Pérez could take the underground to visit the children. If you want to see this little masterpiece, it’s in Metro Banco de España.

So this was the interesting origin of el Ratón Pérez! What’s the equivalent in your country?